Stories about 2 human rights activists who are being chased by the Chinese government.

A gripping documentary about “China’s Banksy”, a street artist in exile who highlights China’s abuse of human rights and remains incognito

A gripping documentary about “China’s Banksy”, a street artist in exile who highlights China’s abuse of human rights and remains incognito

On the 30th anniversary of the June 1989 Tiananmen Square massacre, CHINA’S ARTFUL DISSIDENT shadows a Chinese political artist in exile as the artist clandestinely protests China’s abuse of human rights and its cover-up of the horrific slaughter of innocent students in 1989.

Inspired by Tank Man – the lone protestor who stared down a convoy of Red Army tanks in Tiananmen – the artist travels the globe meeting survivors and fellow dissidents who share powerful first-hand testimonies.

Like Banksy, the artist remains incognito, but unlike Banksy his life and that of his family are at stake, as the Chinese authorities – desperate to prevent his political art breaching their Great Firewall – close in on his identity.

As the global balance of power shifts from America to China in the 21st century, CHINA’S ARTFUL DISSIDENT shines a timely spotlight on Beijing’s continued whitewashing of the Tiananmen massacre and subsequent human rights abuses in China.

Human rights activist Ye Haiyan is chased from town to town by local governments, national secret police, and even her own neighbours after she seeks justice against an elementary school principal who abused six girls.

State surveillance. Harassment. Imprisonment. Maverick activist Ye Haiyan knew she faced these risks, and yet she went to Hainan Province to seek justice for 6 school girls who were sexually abused by their principle. The scale and intensity of the government’s reaction surprised even the most seasoned activists from across China.

The danger is palpable as filmmaker Nanfu Wang follows maverick activist Ye Haiyan (a.k.a Hooligan Sparrow) and her band of colleagues to Hainan Province in southern China to protest the case of six elementary school girls who were sexually abused by their principal.

Wonderful selection of award-winning documentaries. Make sure you check out Faces Places with Agnes Varda 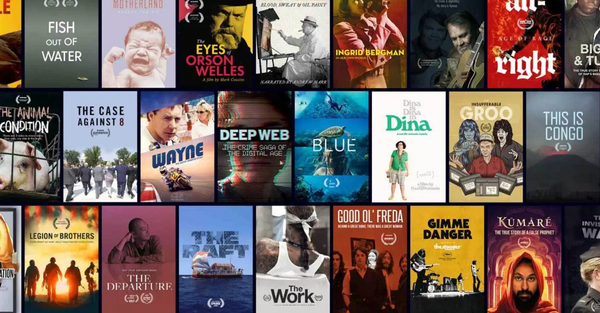 Add these award-winning films to your streaming watchlist. Ten Billion  #Environment #ClimateChange By 2050, the Earth’s population is expected to reach 10 billion. The consequences could be