As we draw near to the end of a year once again characterised by COVID-19, in this December’s highlights, iwonder pulls together a selection of documentaries that delve deeper into some of 2021’s other most defining world events.

Despite news emanating from all corners of the globe, it’s once again hard to look past the US for issues that have dominated the past 12 months, with the Capitol riots, Black Lives Matter and the troop withdrawal from Afghanistan, all leaving an indelible mark on our view of the year gone by. This month, iwonder takes a closer look at each of these themes, starting with the HBO Documentary Films production, ‘Yusuf Hawkins: Storm over Brooklyn’, new to iwonder from December 1st.

Then in this month’s iwonder What Top Five, we cast our reflective net further afield, with a closer look at everything from COVID & cruise ships, through to the new era of space exploration and the pressing issues addressed at COP26.

New to iwonder this December, ‘Yusuf Hawkins: Storm Over Brooklyn’ tells the story of a black American teenager who was shot and murdered after being trapped by a group of white youths in Bensonhurst, Brooklyn, in 1989. The incident shocked New York and the country, resulting in long-simmering racial tensions finally reaching a boiling point, as protestors and counter-protestors took to the streets where the crime occurred.

With the conviction and sentencing of former police officer, Derek Chauvin, in June this year for the murder of George Floyd, which lit the fuse on the Black Lives Matter movement that continued to make headlines for much of this year, the story of Yusuf Hawkins is a reminder of the progress that still needs to be made globally when it comes to stamping out racism and addressing racial inequality.

On August 30th, 2021, the US officially completed its withdrawal from Afghanistan, bringing an end to a 20-year military presence, which had already ended effectively ended two weeks earlier on August 15th when the Taliban reasserted their control over the nation.

As the world looked on with fear as many questioned the fate of Afghans, particularly women, under the harsh rule of the Taliban, one American woman who knew well what it was like to fight for freedom and justice in the troubled nation was Kimberley Motley, the subject of ‘Motley’s Law’.

Kimberly left her husband and three kids in the US to work as a defence lawyer in Kabul in 2008, becoming the first foreign lawyer to litigate in Afghanistan’s courts. Human rights cases and troubled expats motivated her to stay, but personal threats, including grenades thrown into the front of her offices, and general conditions in the country, made it harder and harder for Kimberly to continue her work.

On January 6th, 2021, the US experienced one of its darkest days in living memory, as a group of Trump supporters, spurred on by the tirades of the former President, stormed the Capitol building, wreaking mayhem which lead to the deaths of four people. It marked the last frenzied days of a turbulent Presidency that exposed some of the ugliest fissures in American society and the deepening divides between the political left and right.

Pardoned by Donald Trump in one of his last acts as President, alt-right figurehead, Steve Bannon, was hugely influential in setting the former President on his path to the White House, having served as Chief Strategist for the 2016 campaign. Interviewed by Academy Award winning documentary legend Errol Morris (The Fog of War, The Thin Blue Line) for the documentary American Dharma, Morris presses Bannon on his controversial views, exposing the inner workings and beliefs of a man with a dark and disturbing view of American politics and society.

Democracy itself came under attack just days into the new year, when a rally in support of President Donald Trump turned deadly, as thousands of protestors stormed the U.S. Capitol building. The unprecedented chaos in the nation's capital began midday Wednesday at a "Save America" rally where Trump incited his supporters to march to Capitol Hill, where Congress was meeting to certify Joe Biden as the 46th president of the United States. From there, rioters overpowered security and stormed the building, looting offices and forcing lawmakers to flee in panic. While the chaos resulted in the sad deaths of four people, the day will long be remembered as a dark episode in America’s proud history.

Yusef Kirriem Hawkins was a 16-year-old black teenager from East New York who was shot to death on August 23, 1989, in Bensonhurst, a predominantly Italian-American working-class neighbourhood of Brooklyn. After Hawkins, his younger brother, and two friends were attacked by a crowd of 10 to 30 white youths, one, armed with a handgun, shot Hawkins twice in the chest, killing him. Hawkins' death was the third killing of a black male by white mobs in New York City during the 1980s. The incident led to a torrent of racial tension in New York City in the ensuing days and weeks, culminating in a series of protest marches through the neighbourhood.

COVID-19, the Israel-Palestinian conflict, space exploration, climate change and tensions with China, all get the iwonder up-close treatment with this month’s Top Five selection of documentaries, addressing some of the most prevalent themes and events of 2021 around the world.

1) Billion Pound Cruises: All at Sea

This documentary tells the story of how the biggest global crisis in living memory brought the multibillion-dollar lucrative cruise industry to its knees and hundreds of ships around the world to a standstill across six extraordinary weeks. It also explores the role of cruise ships and the spread of the virus, and asks if the wellbeing of passengers and crew was always put first.

Trapped in “the world’s largest open-air prison” and ruled by war, a new generation is drawn to the beaches. Sick of occupation and political gridlock, they find their own personal freedom in the waves of the Mediterranean - they are the surfers of Gaza.

3) How China Got Rich

In the short span of just 3 decades, China has seen the largest lifting of people out of poverty that has ever taken place in human history. How China Got Rich looks at the astonishing story of how an impoverished and backward communist country became the engine of global capitalism that it is today.

A field currently dominated by men, the private industry space race reached new heights in 2021 with a slew of spaceflight companies launching their billionaire owners into orbit. From a Lego-loving young girl who includes female pilots in her toy airplanes, to a courageous woman who helped lead shuttle missions to space, Fly Like a Girl tells the stories of girls and women who also dared to aim higher.

The Pacific Island of Kiribati is a beautiful, tranquil place, seemingly far removed from the pressures of modern life, yet it is one of the first countries to face one of the most perilous side-effects of industrialisation: sea-level rise. With the promise and frustrations of COP26 still fresh in the world’s minds as we rush to avoid climate catastrophe, Anote’s Ark serves as a poignant warning to the world of the cost of failure.

Note: All content highlights are based on availability in Australia. Variations will apply across New Zealand, South East Asia and the Middle East. 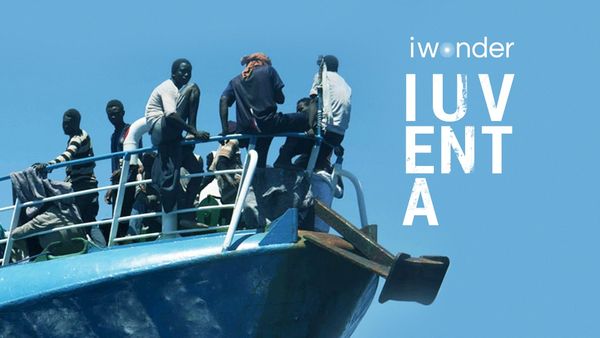 The recent migrant drowning accident in the English Channel sparks difficult questions about the immigration debate all around the world. 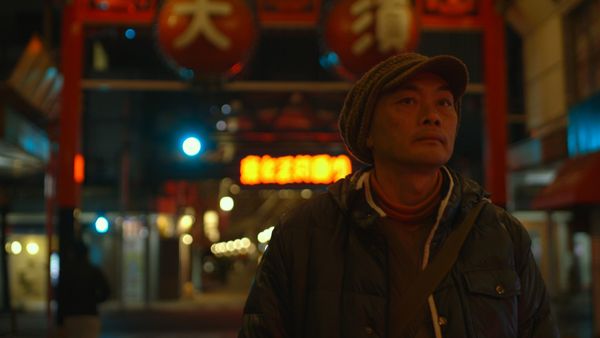 Directed by Emmy Award-winning filmmaker Lana Wilson, The Departure is a poetic film that questions what it means to be alive and quietly inspires us to embrace life.