Behind the scenes with reporters from one of the world’s most iconic journalistic institutions comes The New York Times’ The Weekly.

New & exclusive to iwonder.com from Thursday April 16th comes The Weekly, the hard-hitting docuseries from the investigative reporters, correspondents and editors of one of the world’s most iconic journalistic institutions.

With one thousand, six hundred journalists producing stories from 160 countries worldwide, Season One of The Weekly follows more than 30 of the New York Times’ investigative reporters, correspondents and bureau chiefs in their daily battle to deliver the truth to their global readership through insightful, in-depth journalism.

They include: Rukmini Callimachi, who covers global terrorism from some of the world’s most hostile states, Caitlin Dickerson, whose reporting on US immigration has influenced federal policy decisions, Nicholas Casey, the Andes bureau chief who covers South America and beyond, Matt Apuzzo, a European investigative correspondent who spent years breaking stories as a national security reporter, and many more.

Revolving around one story in each 30-minute episode, The Weekly follows The New York Times’ reporters as they piece together the facts, connect the details and ask the tough questions — all in pursuit of the truth.

From Thursday 16th April, the first six episodes will be available exclusively with iwonder.com. They include: ‘The Inauguration’, an anatomy of President Trump’s inauguration, the most expensive inaugural weekend the country has ever seen, ‘Baby Constantin’, the story of Baby Constantin, who spent most of his first 10 months of life separated from his parents by the American Government, and ‘Fake Believe’, inside the race to create the first perfect deepfake — an ultrarealistic fake video that could permanently undermine your ability to trust what you see & hear.

Every week from Thursday 23rd April a new episode will be available to stream, with upcoming episodes to include: ‘Fire and Water’, the siege of Hong Kong University reconstructed through the eyes of the reporters and the protesters who were there, ‘Apple’s Gold’, an investigation into Apple’s supply chain, uncovering how the gold iPhones might trace back to violent paramilitary groups, and ‘My Blood’, the story the youngest person to receive an experimental treatment that could be the first genetic cure for Sickle cell disease.

Sam Dolnick, Assistant Managing Editor at The New York Times and a leader of The Weekly, says of the series:

“More than ever, we need to stand up for journalism. The best way to do that is to be transparent. On TV, you see the lengths we go to get the story and to get it right.”

“As one of the world’s most important journalistic institutions, The New York Times has been serving the public interest and exposing the truth for almost 150 years. With quality, in-depth journalism more important now than ever, The Weekly offers an insightful and compelling glimpse into the working lives of the reporters behind the headlines and their relentless pursuit of the truth.”

Sign up to iwonder today and get 30-days free access to watch The Weekly and 1,000+ acclaimed documentary films and series.

Priced at US$4.99 monthly or US$49.90 annually, viewers  can enjoy iwonder on their mobile phones via iOS and Android apps, browsers at www.iwonder.com, with Apple TV or through Google Chromecast or Apple’s Airplay. 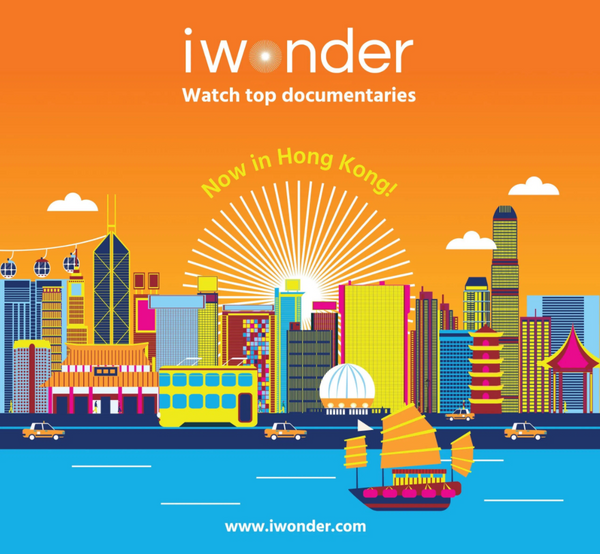 Natalie Portman produced documentary on consequences of factory farming. Topics include animal rights, pollution and the use of antibiotics and hormones.