Find Out in This Award-Winning Film: Ingrid Bergman: In her own words. Her face has graced some of the most famous movies of all time, such as Casablanca and Murder on the Orient Express, but there is still much more to discover about Ingrid Bergman herself.

Ingrid Bergman was a critically-acclaimed Swedish actress who received multiple nominations and awards at the Academy Awards, BAFTA Awards, and Golden Globe Awards, ranging from Best Actress to Best Supporting Actress, to Best Actress in a Motion Picture – Musical or Comedy, Drama, and more.

She was also nominated as Outstanding Lead Actress in a Limited Series or Television Movie at the Emmy Awards for three years in a row, winning in both 1960 and 1962.

Some of her most notable film roles were Gaslight, Anastasia, and Murder on the Orient Express, but how did Ingrid, who was born in Stockholm in 1915 to a Swedish father and a German mother, become such a huge Hollywood success?

As a teenager, Ingrid received a scholarship to the state-sponsored Royal Dramatic Theatre School, where Greta Garbo, another famed Swedish actress, had previously received a similar scholarship.

She began her film career in Sweden, having appeared in eleven films before the age of 25. Her characters were often plagued with uncertainty, fear, and anxiety, but she had begun to showcase immense acting talent which would soon gain international attention.

In 1939, she appeared in her first American film, Intermezzo: A Love Story, which became a huge success and catapulted Bergman to fame. She received many positive reviews and soon began appearing in other roles, including onstage and behind the camera. Bergman’s best known role was in Casablanca, co-starring Humphrey Bogart, however, she has been reported to say it was not one of her favourite performances.

Over the course of her film, theatre, and television career, she grew to become one of the most recognized faces in the world, but there was still much more to discover about Ingrid Bergman as a person.

Released on the one hundredth anniversary of her birth, the documentary Ingrid Bergman: In Her Own Words pieces together material from Bergman’s personal possessions—letters, diary entries, photographs, 8mm and 16mm footage shot by Bergman herself—revealing her life from youth to married life and motherhood. The film also features interviews with those closest to her, such as her children, including actress, author, philanthropist, and model Isabella Rosselini, and people who had worked with her, such as Sigourney Weaver and Liv Ullman.

Directed by Stig Björkman and narrated by fellow Academy Award-winning Swedish actress Alicia Vikander, the film paints an intimate portrait of Bergman’s remarkable life and received critical acclaim in its own right. Ingrid Bergman: In Her Own Words had its world premiere at the Cannes Film Festival on 19 May 2015, and went on to screen at the Jerusalem Film Festival on 12 July 2015. In North America, the film premiered at the New York Film Festival, and went on to win the award for Most Popular International Documentary at the Vancouver International Film Festival.

To stream Ingrid Bergman: In Her Own Words and more of the best documentaries from around the world, sign up for a free trial on www.iwonder.com today. Film availability may vary according to country. 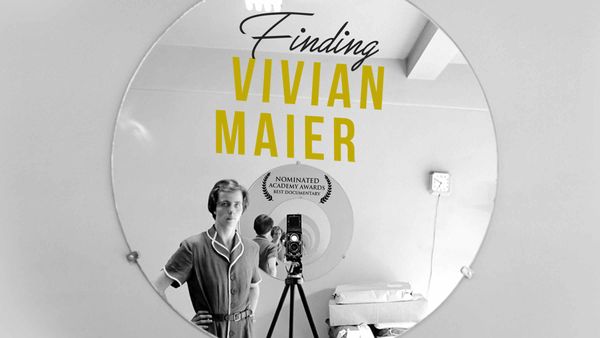