In light of the recent chain of events in Afghanistan, beginning with foreign forces announcing withdrawal following a deal between the US and the Taliban, and culminating in the Taliban taking over Afghanistan, we revisit the 2015 documentary Motley’s Law.

Motley’s Law follows the story of Kimberley Motley. Motley is an American human rights lawyer who went to Afghanistan in 2008 to work for the Justice Sector Support program, a legal capacity building program for the Afghan government.

At the time, Motley had never travelled outside of the United States before, but left her husband and three children behind to work in Kabul, with the intention of using the money from her new job to pay off her student debt and help her family move out of crime-ridden Milwaukee, where she had grown up, and move to North Carolina.

During Motley’s time in Afghanistan, she experienced the first-hand horrors of living in a war-torn country. The film opens with Motley returning to her part-time home in Afghanistan, asking her driver Khadir and her assistant Khalil why they are afraid to go near the building, only to discover that a grenade had been thrown through her window while she was away.

However, Motley refuses to let herself be shaken, saying “I can’t let this stuff affect me. Because I’m going to keep doing this. I might change up some things, but I’m not going to stop doing this.”

In an extreme juxtaposition, the film cuts between Motley’s chilling reality in Afghanistan and her home life in Wisconsin, where she’s a soccer mom who takes her kids for ice cream and helps her daughter pick colleges.

In Afghanistan, home to one of the most conservative and male-dominated legal systems in the world, she defends her clients as the only female lawyer in the room, leads tribal councils of men, and nonchalantly accepts the fact that bombings happen on streets that she just walked on.

Following the state of the recent collapse in Afghanistan, Motley has spoken out about how no matter what we may see through news coverage of the country’s collapse, the reality on the ground for women under Taliban rule will be far worse.

While it may be difficult to imagine a reality worse than people being trampled to death at Kabul Airport as thousands of people try to flee Afghanistan, Motley explains that “We’re seeing in real-time the erasure of women from society in Afghanistan,” where women’s faces in public spaces are being painted over, and women will need a male escort to be seen in public or risk violent punishment.

Motley is particularly angered by President Biden’s handling of the withdrawal because of the work she and others had done to help establish a justice system and rule of law, as shown in Motley’s Law.

She also intends to go back to Afghanistan as soon as possible, despite the conditions, stating that “I have more work to do now there than ever.”

To stream Motley’s Law and more of the best documentaries from around the world, sign up for a free trial on www.iwonder.com today. Film availability may vary according to country.

Stream the documentary here on iwonder:

Some of the links mentioned: 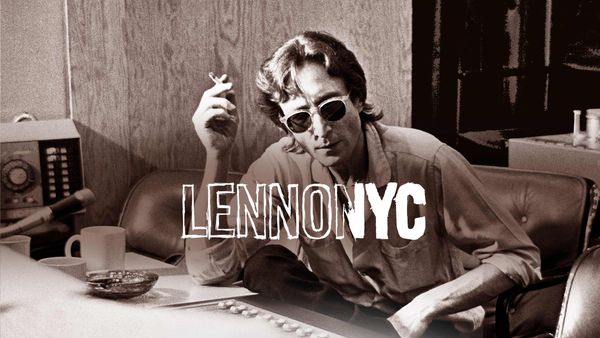 In a post-Beatles era, John Lennon moved to New York City with Yoko Ono to focus on his private life and family.

For decades, Whitney Houston made international news, equally captivating the world with her musical talent and shocking it with her scandalous headlines, but how well did we really know the legendary singer?