Set inside a single room in Folsom Prison, The Work follows three men from outside as they participate in a four-day group therapy retreat with level-four convicts.

One of the most compelling things about documentaries is how they can take you places you’ve never been, never wanted to go, or perhaps would never want to return to, all within the safety of your viewing seat. This especially applies to “The Work,” a remarkable film set mostly within a single meeting room (a chapel, actually) at Folsom State Prison, the maximum-security facility located about 20 miles outside Sacramento.

Directed by Jarius McLeary (Gethin Aldous was co-director), the film captures a rigorous, four-day group therapy retreat known as the “Inside Circle,” in which convicts, non-prisoners and facilitators break off for raw, gut-wrenching sessions of bone-deep exploration and catharsis. (McLeary, his producing partner brothers and, more recently, Aldous have all previously been involved with the program as observers and volunteers.)

The filmmakers’ vérité portrait — greatly aided by Arturo Santamaria’s camerawork, John M. Davis and Thomas Curley’s sound efforts, and Amy Foote’s editing — focuses on three inmates and three struggling men from outside as they attempt, via often startling verbal and physical release, to exorcise their anger, guilt and other personal demons. If it sounds grim and draining, it is — it’s not called “The Work” for nothing.

But there’s also such a profound sense of support among the participants, albeit of the tough-love variety, that the movie offers a strange kind of hope. If we could set aside biases, preconceptions and an us-against-them mentality and approach each other as equals — with all our fears and traumas (issues with absentee or difficult fathers prevail among the men here) — there might be less discord in the world. But first and foremost, it takes honest communication.

The convicts — hardened criminals doing long stretches of time, including some life sentences — must drop any gang or racial affinities to effectively mix for this event, and it’s inspiring to see how that leveling brings them so much closer together.

But what happens to this dynamic once the inmates return to the cell block and the prison yard? That’s one of many unanswered questions that may crop up as you watch this observational portrait, one that decidedly eschews talking-head interviews and outside contextualizing for relentless, you-are-there immersion.

One haunting query the film sparks but couldn’t possibly answer: How would the lives of these emotionally damaged participants been different if they’d had the knowledge, access and means to undergo serious psychotherapy at an early age?

Still, the movie valuably demonstrates how, for some, when it comes to rehabilitation, it’s never too late to do “the work.”

Above as per the LA Times review of the film. 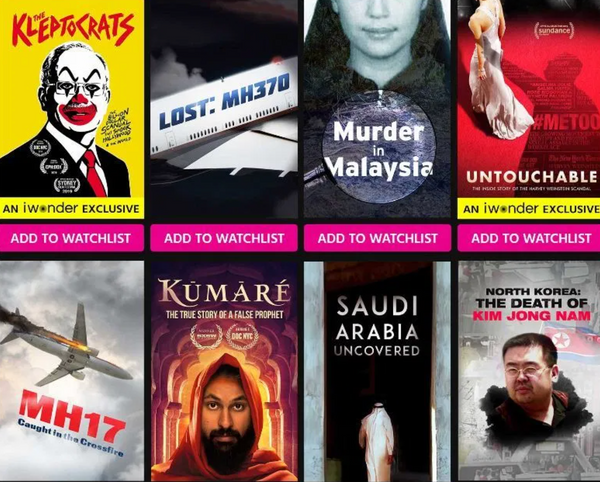 Selection of our favourite documentaries this year